​Cost is $5 per person, Children under 12 are free

For information, please email bmfaprograms@gmail.com
or call Tara Hathaway at 508-429-1638

Bob Frishman is founder and owner of Bell-Time Clocks in Andover, Massachusetts.  He has collected, restored, researched, written and lectured about timekeepers since 1980.  He has repaired more than 7,000 clocks and watches, and sold more than 1,700. He is a Fellow of the National Association of Watch and Clock Collectors, Chairman of the NAWCC Time Symposium Committee, and a Freeman of the Worshipful Company of Clockmakers (London, UK). Along with dozens of articles on many horology topics, he writes a “Horology in Art” feature for each issue of the NAWCC magazine. He is organizing a “Horology in Art” NAWCC symposium in October 2017, at the Boston Museum of Fine Arts. A roster of eminent art historians and curators already have been recruited to discuss artworks in their areas of expertise, and each will be followed by a horologist who will describe timepieces depicted in the projected artworks. 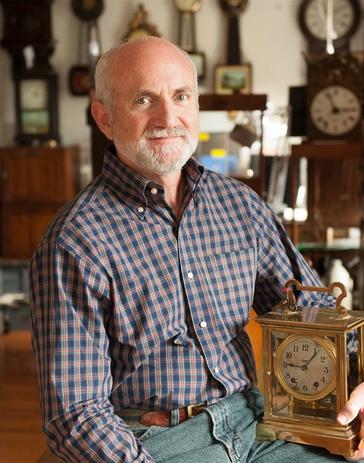